“We are Building A World Where Black Workers Thrive in an Equitable Economy that Sustains and Builds Vibrant Families and Communities.”

In this era of activism and optimism, a new sense of power of the people challenges all of us to address the state of racial and economic justice with innovative tools and fresh ideas.

Workers must demand equity, transparency and accountability in order to achieve equal access to meaningful, sustained, and quality employment for Black workers and for Los Angeles as a whole.

The job crisis of chronic unemployment and underemployment has badly frayed the social fabric of Black communities and undermined its economic security.

These conditions are fueled by anti-worker economic policies, disinvestment in urban communities and racial inequality in the labor market.

Grassroots worker leadership and strategic community-labor alliances are needed to fix the broken opportunity ladder for Black workers in Los Angeles, where only 2 in 5 Black workers has a quality job. 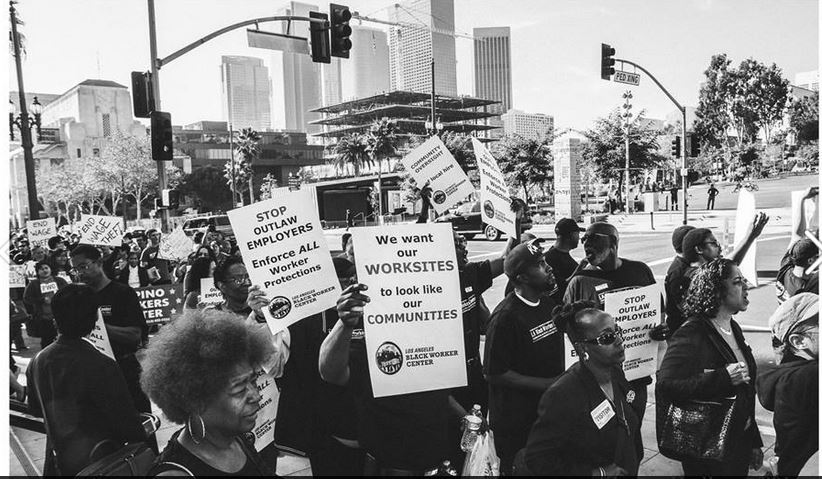 The mission of the Los Angeles Black Worker Center is to increase access to quality jobs, reduce employment discrimination, and improve industries that employ Black workers through action and unionization.

The Los Angeles Black Worker Center develops organized power and authentic grassroots leadership among Black workers (unionized, non-union, immigrant, formerly incarcerated and the unemployed) and among the extended community, to reverse the disproportionate levels of unemployment and underemployment in the Los Angeles Black community.

The center seeks peace and prosperity for all of Los Angeles by developing policies and corporate practices that perpetuate equity in the labor market and end inferior jobs in the Black Community. 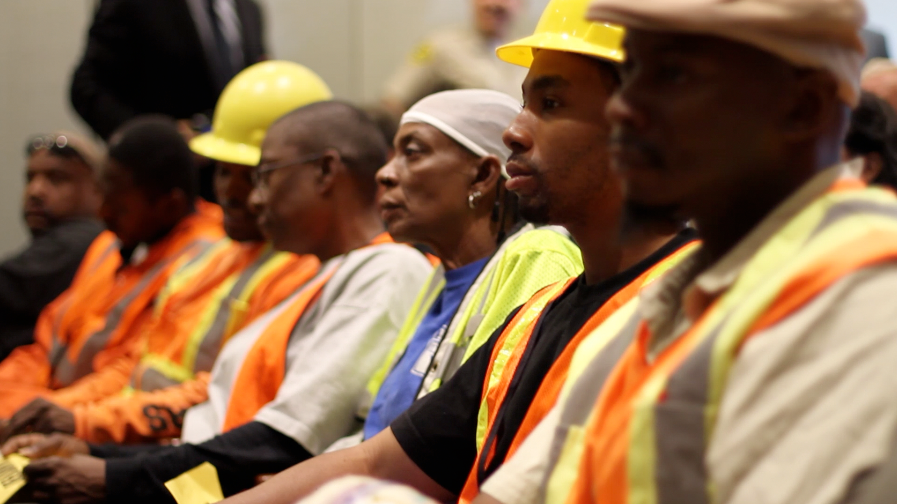 From our humble beginnings, the Los Angeles Black Worker Center (LABWC) has emerged as a community staple to close the employment equity gap for Black workers. Initially incubated as a project at the UCLA Labor Center in 2009, the LABWC opened its doors in 2011 at the Paul Robeson Center in South Los Angeles.

Our motivation was spurred by sobering 2008 labor market statistics: the national unemployment rate of Black workers, at 8 percent, was double that of white workers. In Los Angeles, Black unemployment was at 14 percent. Similarly, more than 34 percent of working-age adults were underemployed in low-wage jobs. A power analysis of Black labor in Los Angeles, conducted by the UCLA African-American Union Leadership School, found that institutionalized community support dedicated to defending and protecting the rights of Black workers was non-existent. Most Black economic development strategies solely focused on training to address individual worker deficit. Furthermore, there was little dedicated focus on explicitly organizing Black workers to address root-causes and systems change through leadership development, base-building, and advocacy.

Notably, in 2012, we played a leading role in the negotiations of an agreement with The Los Angeles Metropolitan Transportation Authority to designate 40 percent of its construction work hours for the Crenshaw/LAX Light Rail Train, for under-utilized, skilled Black workers. In 2016, as a steering committee member of the Raise the Wage campaign, the LABWC used its power to organize better construction opportunities for Black workers into winning the nation’s largest minimum wage ordinance. LABWC’s steadfast efforts resulted in exponential growth within three years to ten times our original size, including 3,000-plus supporters and over 600 individuals engaged annually with training, organizing and advocacy efforts.